On Sunday 3rd July at 10am our school has the honour of hosting our first Sunday Mass in over a year in our Parish.

We would like to show our Parish Community how amazing our school is and have every child in attendance. We would also like to invite parents, grandparents, aunties, uncles and siblings along also.

This is a great way for us all to gather as a whole School/Parish community.

Unforunately in 2021 this competition was cancelled due to Covid Alert Levels.

Proclaiming the Word is about our ability to speak in a confident and clear way. We will have a junior and a senior competition.

The date for the Final will be advised in the comming weeks.

Details of each are below. 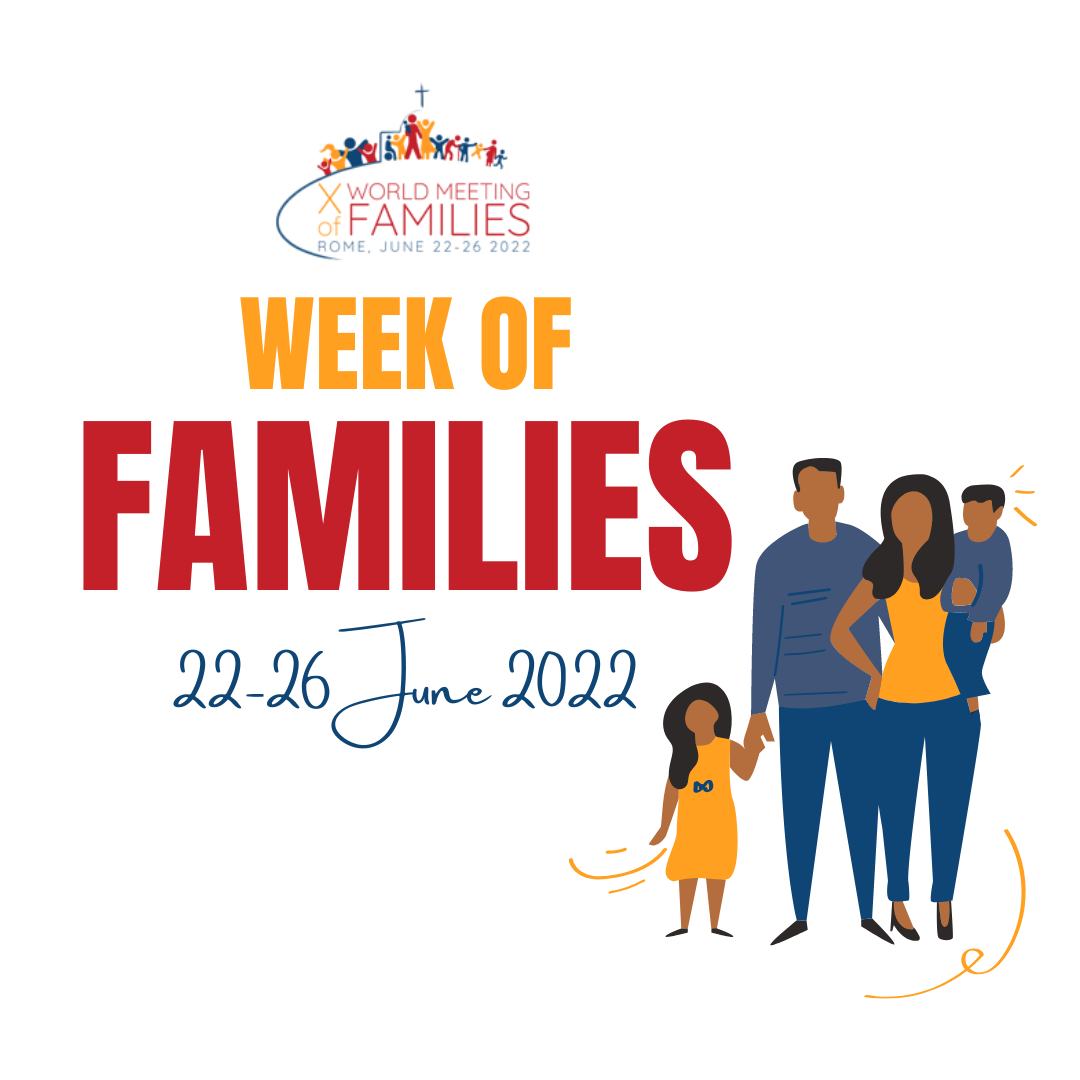 WMOF is the acronym for World Meeting of Families, created by Pope John Paul II in 1994. In fact, that year was declared “International Year of the Family” by the United Nations. Pope Wojtyla also wanted a Year of the Family to be celebrated in the Church at the same time; so the 1st World Meeting of Families was created, which was held in Rome on 8 and 9 October 1994. It was promoted, just like subsequent editions, by the Pontifical Council for the Family; in 2016, this Vatican body was disbanded and merged with the Dicastery for the Laity, Family and Life.

A World Meeting of Families has therefore been held since 1994 every three years and in different places around the world. The pattern followed has always been fairly similar, with an international Theological-Pastoral Congress at the start and ending, in the presence of the Pope, with a vigil and Festival of Families along with a great final Eucharistic celebration.

While we are not all able to attend the world meeting of families we are able to celebrate family life and the role of parents as first educators in faith. The diocese has prepared a number of resources to supplement those provided by the Vatican.

On Wednesday we were lucky enough to have the Warriors Community Foundation visit our school to talk to our tamariki about how we can keep our bodies healthy.

After our assembly the two ladies from the Warriors Female team took our tamariki for some games.

Over the past 6 weeks Room 2 have had the pleasure to have Isi Aholelei in their class teaching them about physics. Isi is from Watercare and an old boy of St Peter’s College.

The programme includes the students from Room 2 learning about

We thank Isi and Watercare for this amazing learning opportunity that they have given our Year 5 & 6 students.

Fai – For being a reflective learner who continually takes on board feedback to help him improve.

Marianna – For consistently demonstrating a diligent work ethic and completing her work to a high standard.

Rosamaria – Having a positive attitude towards her learning, and persevering through challenges. Ka pai!

When your child(ren) are sick or away from school, please let the school office know.

You can phone the school office 626 7123 and select option 2, leave a message and then the online attendance register will be updated so teachers will know that your child(ren) are absent.

Use this link from the school website  https://www.ctk.school.nz/report-an-absence/  to send a message directly to the school office.  The online attendance register will be updated so teachers will know that your child(ren) are absent.

We will be providing the following activities for Terms 3 & 4.

Details for these Activities

Payment to confirm your spot is required by Friday 8th July

Please register each child by clicking the Registration Here button

CTK will be providing their own After School Care programme

Price: $5 per hour per child

Bookings and payment need to be made before your child can attend after school care.

Please contact Mr Hadnett (principal@ctk.school.nz) to register the days that you need After School Care.

If you attended Afterschool Care in Term 2 Mr Hadnett will be in touch in Week 7. 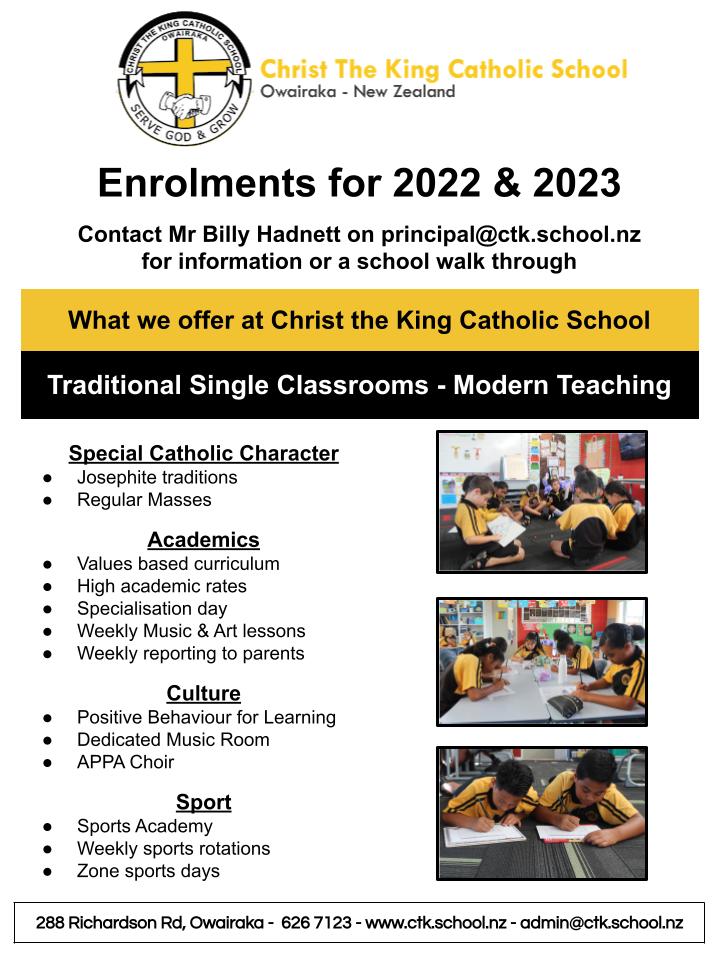 If you have a child who will be starting school in the next 6-12 months, please enroll them at school. We are seeing an increase in enrolments and spaces for next year are filling fast.

Reminder that we no longer take enrolments for Year 7 and Year 8.